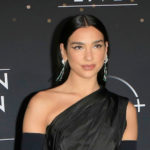 Dua Lipa was revealed as one of five co-chairs for the 2023 Met Gala. The yearly event, which takes place on May 1st, is one of the biggest events in the fashion world and attracts many high-profile celebrities.

In addition to the announcement of the co-chairs, the theme of this year’s Met Gala was also revealed to be a tribute to fashion icon and longtime Chanel creative director Karl Lagerfeld, who passed away in February of 2019. The exhibition accompanying the Gala is titled “Karl Lagerfeld: A Line of Beauty” and is set to feature over 150 looks from the legendary designer spanning his entire lifetime.

102.7 KISS FM OVERNIGHTS
Up Next
The Bert Show